The Complicated US Bail System

The United States bail system is rather complex. There are a lot of moving parts and it can be hard to understand. Non-convicted prisoners hold up much of the system, ultimately creating headaches for those involved.

In this video, you will learn more.

About 500,000 prisoners each day are in jail and haven’t been convicted of a single crime. Why are they there? They simply cannot afford to pay their cash bail. In a recent study of NYC jails, only 14% were able to afford bail. This puts an extreme amount of those sitting in jail, as well as the jail system itself. Essentially, people are stuck behind bars because they are too poor to pay for bail.

There is a domino effect of course. If the individual cannot pay their way out of jail, they’re likely going to lose their job, or be unable to care for loved ones who rely on them. Unfortunately, because many judges are voted in, they are incentivized to keep people locked up. This puts an immense amount of strain on the jail infrastructure, as well as those who cannot afford their freedom. 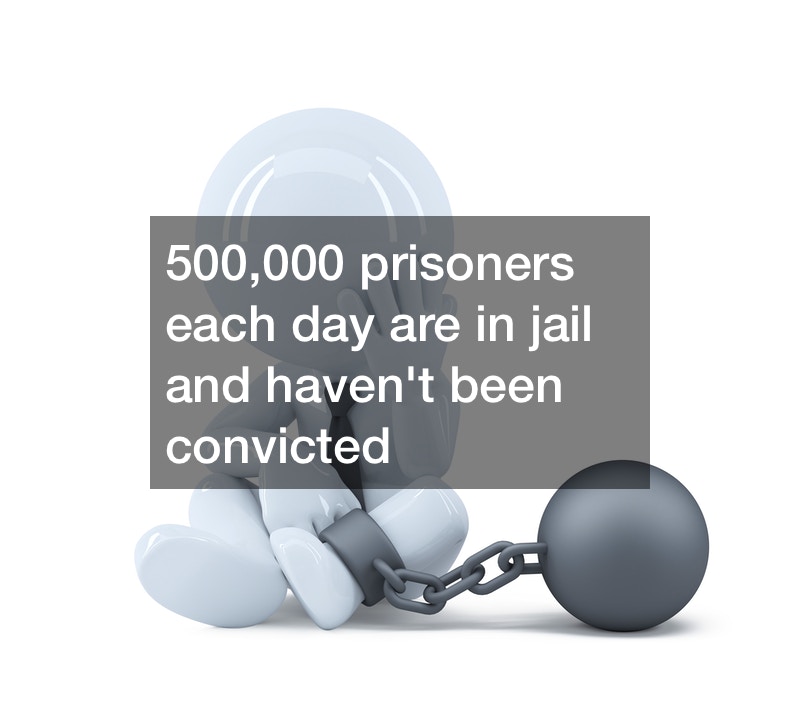